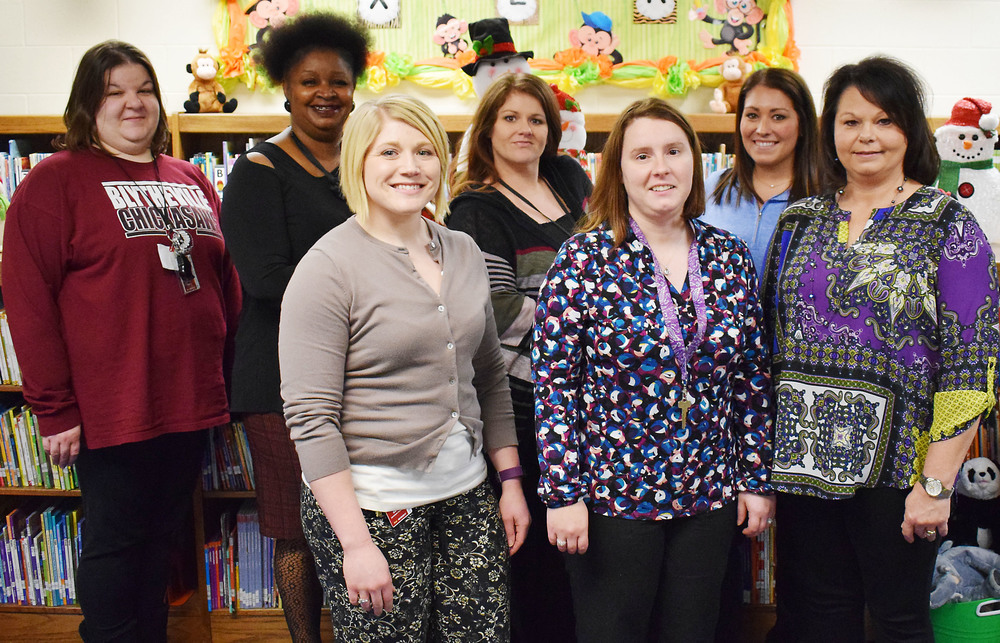 Blytheville Primary School’s incentives program, which encourages students to arrive on time for school every day, is a way for school officials to get their point across in a fun, interesting way. Incentives are also presented to the parents to help the children come to school consistently.

Eileen Garris, BPS assistant principal, and members of the committee who came up with the incentives program, had been looking at data for the first nine weeks of school, and Garris said she noted the particularly high number of students who began the year either absent or tardy for class. She said the average daily attendance for the students was 95.8 percent. “BPS puts a lot more emphasis on academics,” she stated. “When your attendance rate is 96 percent, that may not sound like very many students have a problem getting to school on time. But approximately 600 kindergarten-second graders are enrolled at our school, which means that 20-25 students are absent or chronically late every day. Students are considered tardy after 7:55 a.m., although some parents may not have realized this.”

The committee members, therefore, decided to reward students for coming to school every day. Beginning when school reconvened after the Christmas break, each student who came to school on time every day received a ticket from his or her teacher. If the student is at school every day for a week, he or she can receive five tickets. When a student receives 10 tickets, he or she may wear a hat to school for one day. With 20 tickets a student may bring his/her favorite stuffed animal to school for a day. Thirty tickets will allow the student to wear non-dress code clothing, and 40 tickets allows him/her to wear pajamas.

Rewards aren’t just for the students either. At the end of every month Garris puts the names of the parents whose children have no absences or tardies for the entire week into a bowl and draws three names - one for kindergarten, one for first and one for the second grades - and gives that parent a coupon for a meal at a convenience store or a pizza from a local restaurant. At the end of each quarter she draws out the names of three parents from sponsoring businesses and gives them items such as earrings and computer tablet protectors.

“Our school only began this incentives program after Christmas, so the students really haven't had much time to start redeeming their tickets for prizes,” Garris went on to say. “I and other teachers have already seen several parents, however, who have expressed positive feedback on this program. With the parents already excited about what their children can receive from this effort, the students should gradually become more excited.”

Garris and the committee members have already tried to make the program more enjoyable for the students to receive these rewards. For example, she said the boys would likely be more eager to save their tickets for privileges to wear caps/hats and dress as they want to, within reason, while the girls might be more interested in saving their tickets to bring their own stuffed animals and dress in pajamas.

According to Garris, the program has been a little time-consuming for a few teachers because of the added responsibility of filling out information for drawings on the children’s parents, but she added that they have also come up with several strategies to more accurately maintain records.

“This program is just a few weeks old and already it is paying off for our school,” Garris stated. “Throughout next summer I hope our school can partner with more businesses to have even bigger and better prizes for the students.”

According to research, students who miss too much school in pre-K through second grade are less likely to be reading by third grade and will likely score lower on achievement tests as they grow older. Students who miss 18 days a year (just one day every two weeks) can suffer academically and, unfortunately, many parents don't realize how much these children are learning every single day. The Primary School is making a great effort to inform parents and students about the importance of being in school on time every day as we work districtwide to help students succeed.